Since 2007- DRIVE The Cars Tribute has dedicated their Talents to Recreating the Music of Rock and Roll Hall of Fame Inductees “The Cars”.

For years, Drive The Cars Tribute has entertained audiences all over the country performing the classic Hits of The Cars, in a fun and family friendly environment for all ages.

Lead singer, Mary Beth Cronin, thrills audiences with her transformation to the persona of the late Ric Ocasek, while Nick Santori on Lead Guitar & Vocals, Lou Auricchio on Guitar & Vocals, Cosmo Lo Cricchio on Keyboards & Vocals, Billy Reutlinger on Bass Guitar and  Jay Sharkey on Drums & Vocals produce an Authentic Recreation of The Music of "The Cars".

Dance all night and enjoy the sounds of timeless music performed by this talented group of musicians. The East Coasts Premiere Tribute to “The Cars” - Drive The Cars Tribute.

DRIVE also performs a Separate Tribute to the Timeless Music of The 80’s! 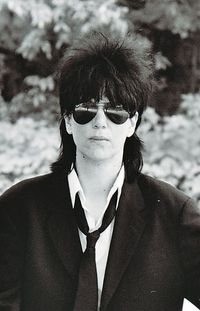 Mary Beth was originally inspired to perform watching the Partridge Family TV shows. Her singing career started at the Cherry Avenue Elementary School in Sayville, N.Y., where as a fifth grader, she sang music from "Godspell" in the school chorus. Her natural love of music led her to dabble in playing violin, tympani, keyboards, and guitar in her search for self-expression, but the stage was where she would find her niche.

By the time she was in high school, Mary Beth was studying acting with Lillian Pape. She also played multiple parts as a nurse, a reporter, and a screaming teenage fan in a school production of "Bye-Bye Birdie". After graduation in 1979, she continued her acting with the Ivy Lane Repertory Group in a production of "Strange Bedfellows".

In 1982 she met a band called the Insane Element, while at a friend’s party. She asked if she could audition for them as a singer.  She auditioned and joined her first band, playing clubs in New York City and Long Island, and gaining her first recording experience until the group disbanded a year later.

By 1986 she had formed, managed and was the Lead Vocalist for Grand Passion, performing original music of which she co-wrote several songs with their Lead Guitarist, Reg Monsanto.

The group began recording and performing at clubs including: CBGB's, My Father's Place, The Limelight, Kenny's Castaways, and a series of public TV appearances including several appearances on the Joe Franklin show.

In 2000, Mary Beth renamed the band “Talk of the Town” and started performing a tribute to “The Pretenders”.

In 2007, with the addition of a keyboardist, the band incorporated a tribute to “The Cars”.

In 2011, the band's name changed to DRIVE, and became The East Coast's Premiere Tribute to The Cars, in addition to performing a Tribute to The 80's. 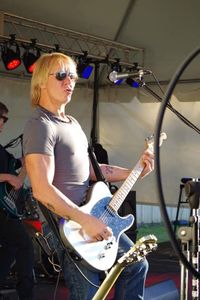 Lou Auricchio  is a veteran of the Long Island/Tri State area music scene for over 30 years. He performs with DRIVE as well as fronting his own 80's Classic New Wave Tribute band called "Screamer of The Week".

Lou is a dynamic performer/vocalist and truly captures the spirit of Benjamin Orr in our Cars Tribute. 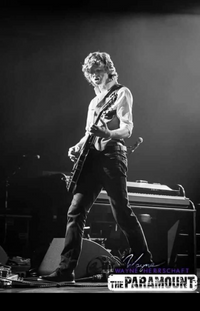 Nick Santori is a 22 year old guitarist that’s been playing and gigging since he was 14 years old. With his biggest influence being Jimmy Page, he founded a Led Zeppelin Tribute Band called “Zofolk”, performing at venues including : The Paramount (Huntington, NY), The Jones Beach Bandshell (Wantagh, NY) and The Space (Westbury, NY).

Nick also spent a year in Nashville, TN as a studio intern working with many rock bands and getting the opportunity to work with country legend Dolly Parton. 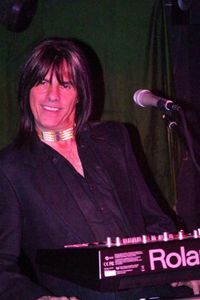 With a keen interest in synthesizers, Cosmo switched to electronic keyboards. In addition, he is quite adept as a bass guitarist, working with several artists, including Award Winning Country Music Singer/Songwriter Mary Lamont.

With his enthusiasm, wide range of experience, and love of harmonies, Cosmo was a welcomed addition to DRIVE and has been a member of the band for over 10 years.

Quote: "I will keep on playing 'til the end." 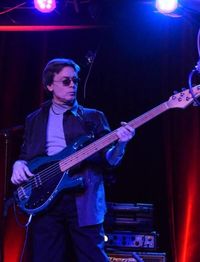 Billy is a multi - talented musician who has been with the group since 1996. He learned his first guitar chords from his uncle at the age of eight, and took it from there, playing guitar in bands for many years before switching to bass.

After playing a P-Bass for six months, he switched to a 5-string because it was "more flexible". "Flexible" is a good word to describe Billy, who is equally at home on guitar or bass. His musical influences include Frank Zappa, Jimi Hendrix, Robin Trower, and Chris Squire. His experience playing in R&B, Funk, and Soul bands add plenty of feeling to the group's sound.

His loyalty and commitment to the band over the past 20 years remains one of DRIVE’S great strengths. 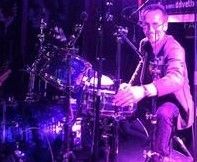 Jay is a New York drummer who has appeared in clubs throughout the tri-state area.

Known as both a drummer and a lead/backup vocalist, Jay has graced the stages with numerous Long Island and New York rock and blues bands.

In 1973 Jay performed in a band called  “Spontaneous Combustion”. He replaced drummer Tony Brock. Tony went on to perform with John Waite (The Babys), Rod Stewart and Elton John.  Jay has also shared a stage with Cyndi Lauper and Billy Idol before they were famous.  From 1983-2007, Jay was a fill in drummer for Johnnie Maestro and The Brooklyn Bridge, performing with them many times.

Jay has been performing with DRIVE over 11 years.